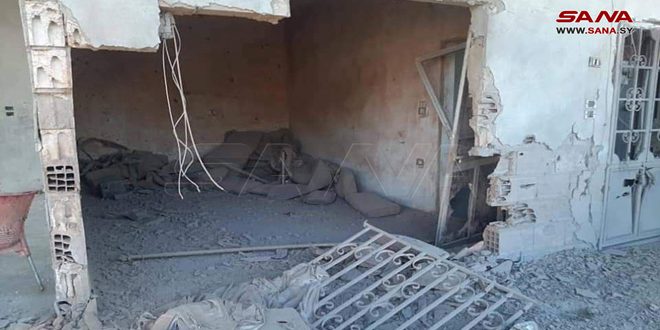 “The attack was through downing two bombs on the surrounding of Al-Suqaylabiyah town from a drone been launched from terrorist infested areas in Zawiya Mountain,” field source told SANA reporter.

The aggression was limited to material damage to the agricultural lands and locals’ properties, the source added.