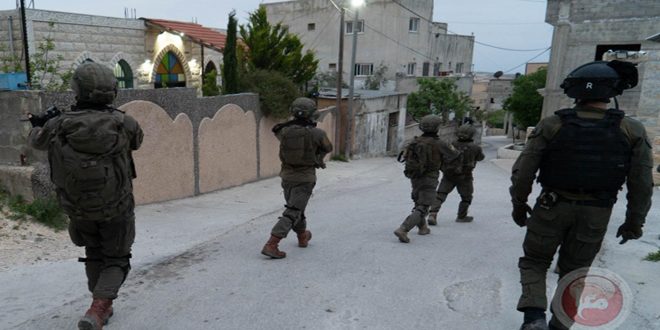 Wafa news agency reported that the occupation forces stormed several towns in the cities of Ramallah Jenin, Nablus, Tulkarm, Hebron and occupied Jerusalem, raided Palestinian homes and arrested 10 of them

On Tuesday, the occupation forces arrested a number of Palestinians during their storming of separate areas in the West Bank.