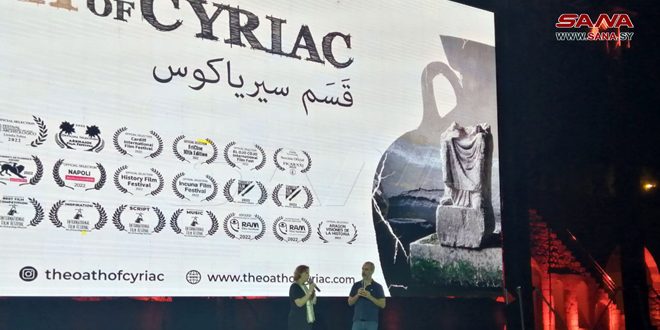 Damascus, SANA-Amid large turnout of different Syrian society figures, the first national screening of “the oath of Cyriac” movie by French director, Olivier Bourgeois kicked off on Wednesday at the Citadel of Damascus. The movie is produced by the Ministry of Culture in cooperation with Syria Trust for Development.

As the war rages around them, a small group of archaeologists, museum curators and attendants struggle to preserve the monumental collections of antiquities at the Aleppo National Museum during the terrorist war on the country.

For years, these women and men will bid farewell to their families every morning before heading to the museum under a hail of shells, facing sniper fire, often sleeping on the ground of the museum for several days in an attempt to accomplish their mission.

Without electricity, without water, without means, they empty the showcases, pack antiques with pieces of clothing, dismantle false ceilings to protect them in makeshift boxes, build concrete walls to hide ancient statues from looters…

But in 2015, the Museum becomes a battle front line and the risk of seeing these treasures disappearing is greater every day: how to evacuate 50,000 artifacts in a besieged city? In this race against time, nothing is guaranteed, nothing is certain, the only certainty lies in one fact: if the museum’s collections are lost, a whole part of human history will disappear with them. 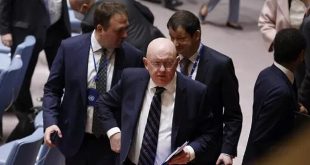 New York, SANA- The Russian permanent representative to The UN, Vassily Nebenzia, affirmed that US …