“The fighter aviation of the Russian Aerospace Forces downed a MiG-29 of Ukraine’s air force in the vicinity of the Pavlovka community in the Nikolayev region,” he said.

“On the Nikolayev-Krivoi Rog direction as a result of deflecting the adversary’s attempt to advance, the units of Russian troops have eliminated over 270 Ukrainian servicemen, five tanks, six infantry combat vehicles, 23 armored combat vehicles and 11 cars over 24 hours,” he said.

Allied troops pulled out of Krasny Liman in the Donetsk People’s Republic (DPR) while Russia’s forces have eliminated over 200 Ukrainian servicemen on this direction over 24 hours, Spokesman said.

“Due to the emerged threat of encirclement, the allied forces were withdrawn from the Krasny Liman populated locality to more advantageous positions,” he said.

According to the military official, Russian troops eliminated more than 200 Ukrainian servicemen, five tanks and nine infantry combat vehicles on the Krasny Liman direction. He specified that despite heavy losses, the adversary brought in reserve troops and continued advancing.

Seven rockets from the US-made HIMARS multiple-launch rocket systems and two US-made anti-radiation HARM missiles were eliminated in air near Novaya Kakhovka in the Kherson Region. Additionally, over the populated locality of Liptsy in the Kharkov region a tactical Tochka-U missile was taken down,” the spokesman said. He also specified that 14 drones have been eliminated over 24 hours.

Russia’s Armed Forces eliminated more than 50 militants with a rocket strike on a deployment center of a Ukrainian military brigade in the vicinity of Kupyansk, Konashenkov said.

“In the vicinity of the populated locality of Kupyansk in the Kharkov region, a rocket strike eliminated a temporary deployment center of a unit of the 14th mechanized brigade of the Ukrainian army. More than 50 militants and 12 units of special military equipment were eliminated,” he said.

Russia’s Aerospace Forces destroyed two US-made HIMARS multiple-launch rocket systems (MLRS) and eliminated up to 60 Ukrainian servicemen in the vicinity of Zaporozhye within the framework of the special military operation, Russian Defense Ministry Spokesman said on.

“Surgical strikes by the Russian Aerospace Forces on temporary deployment centers of the second battalion and rocket and artillery division of the 65th mechanized brigade of the Ukrainian army in the vicinity of the city of Zaporozhye eliminated up to 60 servicemen and 10 units of military equipment, as well as two US-made HIMARS multiple-launch rocket systems,” he said. 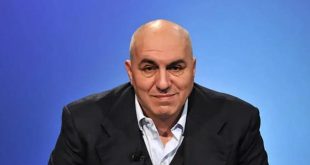 Italy suspends provision of military supplies to the Kyiv regime

Rome, SANA- After thousands of people demonstrated several days ago in the center of the …