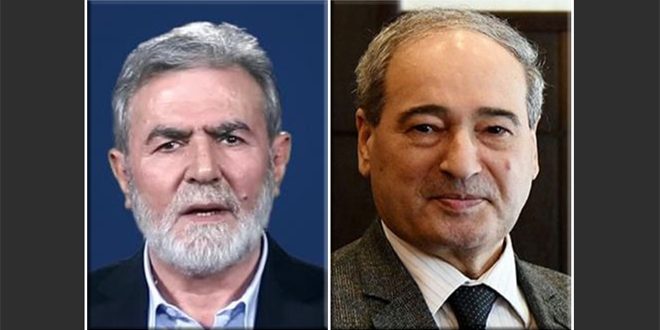 Damascus, SANA- Foreign and Expatriates Minister, Fayssal Mikdad, affirmed Syria’s full support for the struggle of the Palestinian people and its resistance factions and its heroic response to the crimes of the Israeli occupation forces against children and women in the Gaza Strip.

This came during a phone call made by the Secretary-General of the Palestinian Jihad Movement Ziad Nakhaleh with Minister Mikdad, in which he explained the situation on the Palestinian arena and the movement’s readiness to continue the struggle against the Zionist aggression.

Mikdad strongly condemned the Zionist barbarism and the support that the racist Zionist entity receives from Western countries, especially from the US.

Mikdad and Nakhaleh called on all Arab and Islamic countries that defend freedom, sovereignty and independence to stand by the Palestinian people and denounce the Zionist crimes and those who support them, especially that Israeli entity affirmed its disregard to the calls made by the international community with the aim of achieving the rights of the Palestinian people and establishing their independent state on their land. 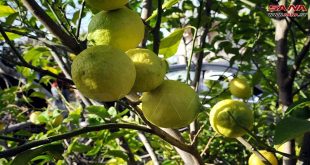 More than 190 ,000 tons the estimated total production of citrus in Tartous

Tartous, SANA- The Directorate of Agriculture in Tartous province estimated the province’s total production of …