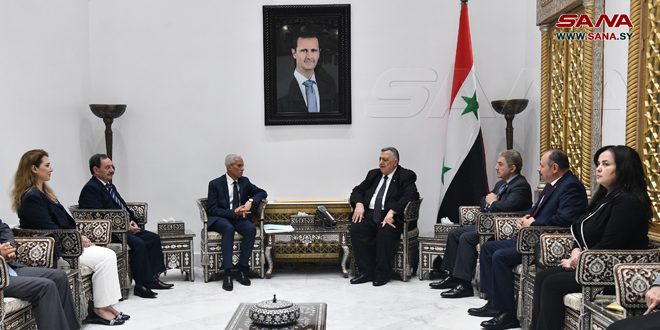 Damascus, SANA- People’s Assembly Speaker, Hammouda Sabbagh, stressed the deeply- rooted Syrian-Algerian relations and the importance of developing them to serve the interests of the two brotherly countries and peoples.

During a meeting with the Algerian ambassador in Damascus, Lahsan Tuhami, Sabbagh hailed the honorable stances of the people and the leadership of Algeria towards Syria in the face of the terrorist war and unjust blockade that it has been facing, stressing that these stances indicate the solid and firmness of the relations between the two brotherly peoples.

Sabbagh received from Tuhami a joint letter from the Speaker of Algerian National People’s Assembly, Ibrahim Bogali,and the speaker of the Council of the Nation, Salah Goujil, including an invitation to participate in the 17th session of the Conference of the Union of Councils of the Member States of the Organisation of Islamic Cooperation to be held in Algeria next month under the slogan “The Islamic World and the Challenges of Modernity.”

Tuhami stressed that the relations between the two brotherly countries have always been characterized by the two peoples unit and the continuous keenness of the two leaderships to strengthen bridges of bilateral communication, consultation and coordination.

The Ambassador hailed the victories that Syria had achieved over terrorism, voicing hope that Syria would return to being more prosperous and advanced than before. 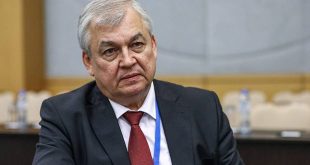