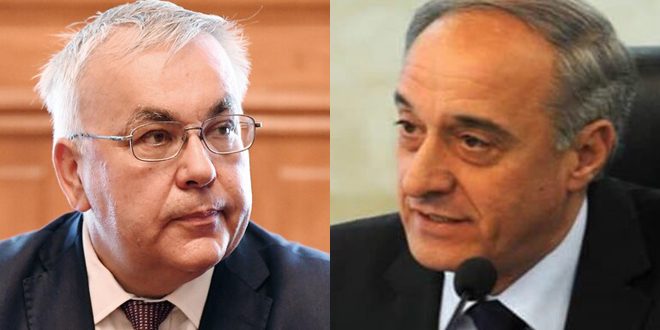 Moscow, SANA-Assistant Foreign and Expatriates Minister, Ayman Sousan, discussed on Tuesday with Deputy Foreign Minister of Russia, Sergey Vershinin the latest developments in Syria, the region and the world in addition to mutual cooperation.

During a meeting in Moscow, the two sides underlined the importance of intensifying cooperation and coordination between Syria and Russia at international forums on different issues of mutual concern.

Sousan reaffirmed Syria’s full support to Russia’s right in defending itself against the western hostile campaign and in putting an end to the west’s attempt to dominate the world.

He referred to the dangers of Turkish regime’s policies in the region, calling for halting such policies which contradict with the international law rules and pose threat to security and stability in the world.

Vershinin, for his part, expressed his country’s appreciation for Syria’s stance in support for the special military operation in Ukraine.

He underscored firmness of the Russian stance in commitment to Syria’s sovereignty, independence and territorial integrity.