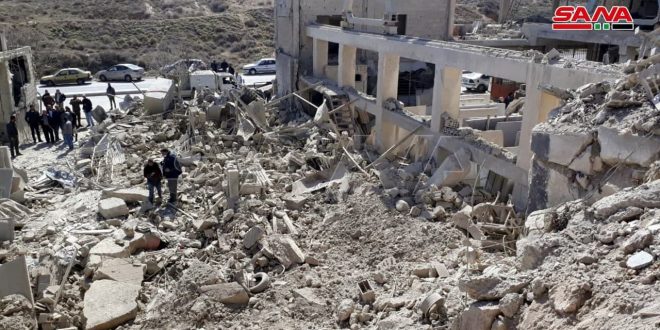 Damascus Countryside, SANA- The Israeli aggression which targeted with missiles some sites in the southern region on Monday at dawn also caused damage to a number of civilians’ homes and cars in Dahyat Harasta, Damascus Countryside

Earlier, a military source said that two civilians were martyred and material damages were reported in the aggression which took place at about 05:00 a.m.