One soldier martyred, five others injured in Israeli aggression on Damascus vicinity 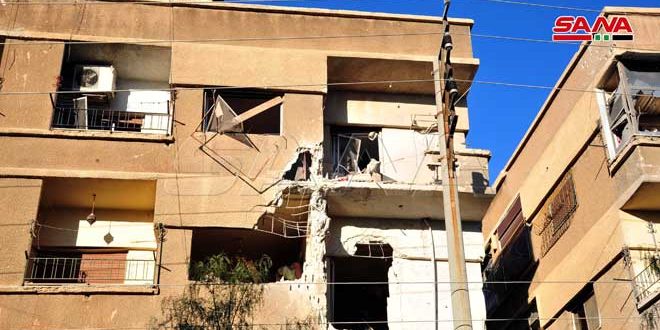 Damascus, SANA- The Syrian air defenses have repelled an Israeli missile aggression on Damascus vicinity, and downed a number of missiles.

The source added that the Syrian air defenses intercepted the missiles launched by the Israeli enemy and downed some of them, and after verifying the results of the aggression, it was found that a soldier was martyred and five others were wounded, in addition to material losses.

SANA’s reporter said that the aggression also caused material damages to the citizens’ houses and their property in Qudsayya City, northwest of Damascus.