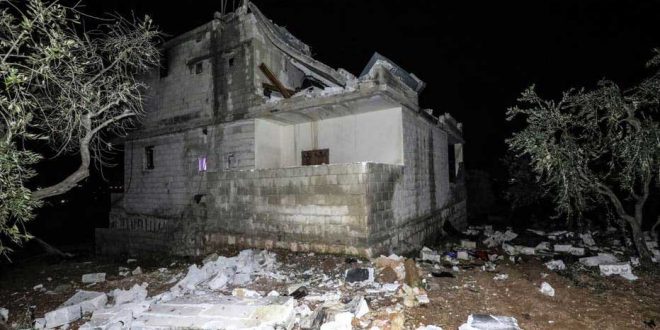 The operation also led to the death of 13 persons, among them children and women.

“Last night’s operation took a major terrorist leader off,” AFP quoted Biden as claiming in a TV speech at the White House, adding that al-Quraishi blew himself up when they tried to arrest him.

Earlier, local sources in Idleb said that “US helicopters raided and destroyed some houses after besieging them in Atmeh town to the farthest north side of Idleb.