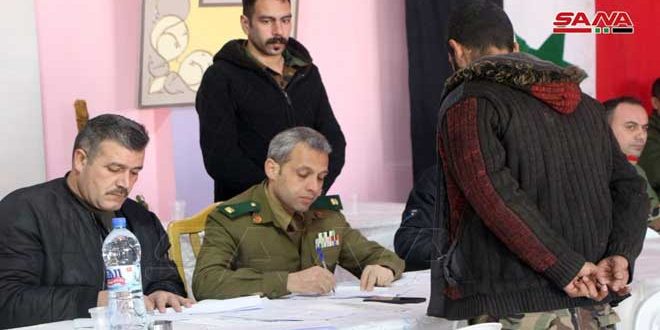 Daraa, SANA_ Settlement process continued in al-Houriat Palace in the center of Daraa city to settle the legal status of the wanted and the military deserters for the second day in a row, according to the agreement proposed by the state which includes most cities and towns in Daraa province.

A number of the people of the province expressed their satisfaction over the settlement initiative, which would enhance security, stability and return to normal life.