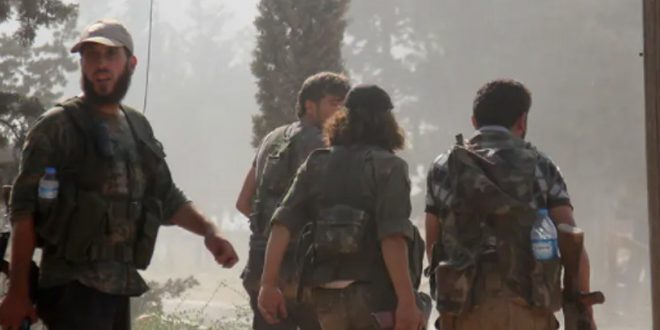 Idleb, SANA-Identical media reports have revealed that Turkish occupation-backed terrorist organizations deployed in Idleb, led by the “Jabhat al-Nusra ” organization, invest hundreds of millions of dollars in Turkey, which they collected by seizing humanitarian aid and selling it in the black market.

A report by the Russian Sputnik news agency quoted sources it described as “informed” in the city of Idleb as saying that as soon as the aid that is brought in from Turkish territory reaches the areas controlled by “Jabhat al-Nusra” terrorist organization, which is on the international terrorism list, the organization seizes it and collects it in warehouses affiliated with it under the pretext of distributing it later to civilians.

But that aid gradually disappears to appear later in the black market at exorbitant prices, which are shared by the leaders of the organization, and they transfer the money to their bank accounts in Turkish banks, the report added.

The sources noted  that the leaders of Jabhat al-Nusra terrorist organization invest their surplus liquid funds in Turkish cities in the field of real estate, cars, restaurants and shops, and that these investments, as a result of their seizure of aid, amounted during the past four years only to more than 250 million dollars through which the terrorists are buying and selling real estate and they make investments at a number of restaurants and cafes in the Turkish cities of Urfa, Gaziantep and Istanbul.

Jabhat al-Nusra terrorists seize most of this aid and transfer it to well-known warehouses established by the Takfiri organization in the cities of Sarmada, Atma and Darkish on the Turkish borders, which have become large stores known to everyone, according to the sources.

The sources pointed out that the leaders of Jabhat al-Nusra terrorist organization have diversified their sources of funding at the expense of civilians there through some of what they call building projects of housing blocks on the Syrian-Turkish border under the pretext of sheltering the displaced.

The sources wondered how the officials at the UN organizations and the supporting countries that are supposed to finance this aid could ignore the fact that “a large number of the leaders of Jabhat al-Nusra organization, which is classified as a terrorist entity, are the ones who manage the process of bringing in UN aid.” 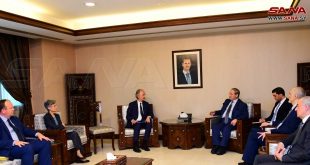