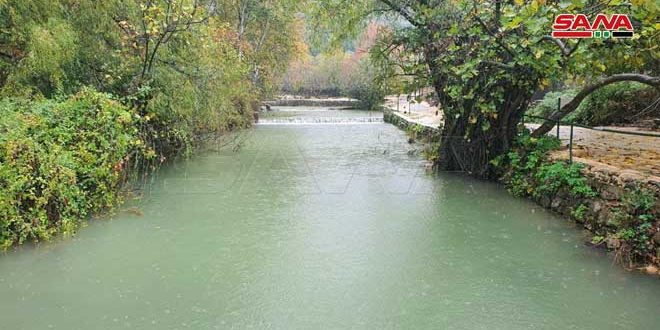 Quneitra, SANA- Baniyas River springs form the feet of the Ban Cave in the village of Baniyas, the Golan, and is considered as one of the most important tributaries of the Jordan River.

The river meets with several tributaries, including the Sa’ar and Dan River, to pour into the Jordan River.

The length of the river is nine km and its width is up to 20 meters.

The river gives about 157 million m3 of water.

On its banks, willow and oak trees abound, so that the place has become one of the most beautiful landscapes in the occupied Golan. As for Baniyas waterfall, which is known for its abundance, it is the last station of the river in the region, after which it penetrates the occupied Palestinian territories.