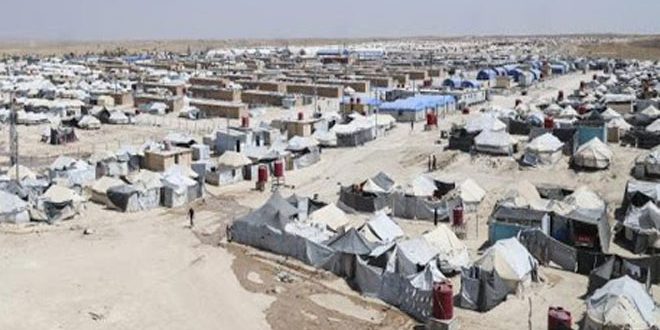 Hasaka, SANA- The US occupation forces-backed QSD militia has raided al-Houl refugee camp, which it controls in Hasaka eastern countryside and they kidnapped a number of its residents.

Armed groups affiliated with QSD militia have raided sections in al-Houl camp in Hasaka eastern countryside and they kidnapped 14 of its residents, including a woman, and took them to their nearby positions, local sources told SANA reporter.

The US occupation forces, through the QSD militia, detain thousands of people in al-Houl Camp after they have been displaced due to terrorism, and they live in tragic circumstances that warn of a humanitarian catastrophe and a severe lack of survival requirements such as water, medicine, food, security.