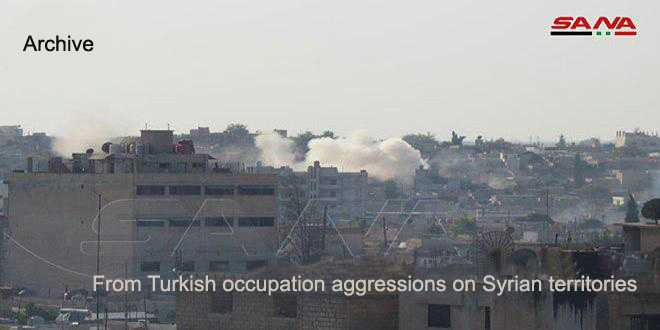 Aleppo, SANA- Turkish occupation-linked terrorists went ahead in their crimes against locals in areas where they are deployed, as they abducted a number of civilians in Afrin of Aleppo northern countryside to ask their families pay ransoms in exchange for their release.

Local sources told SANA reporter that so-called terrorists of  “military police” stormed into houses in Afrin area , abducting a number of civilians, then taking them to unknown places.

The Turkish occupation and its mercenaries launch raid campaigns on a daily basis to force the locals leave their homes.