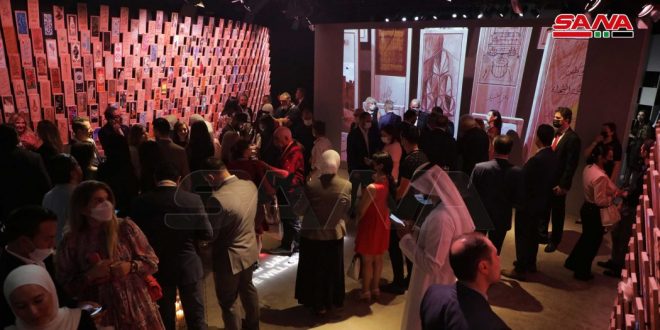 Minister al-Khalil said that “Expo Dubai 2020 will be a gateway to creativity and success, in which we share with the world our ancient history, heritage and innovations through which we seek to create a positive impact on the future of humanity,” Minister of Economy and Foreign Trade, Mohammad Samer al-Khalil, said in a speech during opening of the Syrian pavilion. He thanked the United Arab Emirates for granting the opportunity for Syria and the other countries to participate in this great world event.

For his part, Syrian Ambassador to the UAE, Ghassan Abbas, said “We seek to make our participation at “Expo Dubai 2020” a distinct through reflecting the civilized image of the Syrian culture and the Syrian people with all its components, in addition to being an opportunity to strengthen our presence on the international arena through our communication with visitors from all over the world during the exhibition period.”

The participation also aims to build bridges of fruitful cooperation with the participating and visiting sides for this important exhibition.