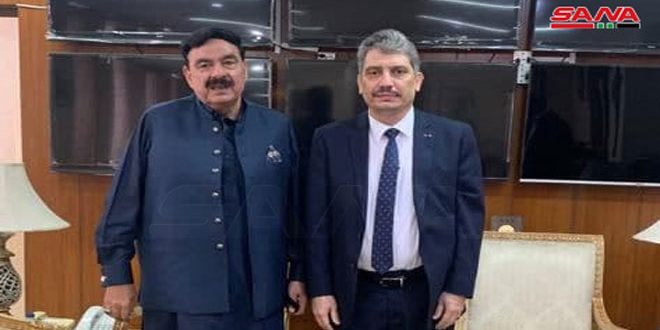 Minister Ahmed praised the efforts made by the employees of the Ministry of Interior and other agencies to maintain security and safety in Syria, stressing the depth of the Syrian-Pakistani relations, which have been witnessing a remarkable development, referring to the need to strengthen bilateral cooperation between the two sides.

For his part, Ambassador Obeid gave a presentation on the expertise and high competencies of the Ministry of Interior, which have managed to made great achievements in the face of terrorism, expressing appreciation for the growth of the path of Syrian-Pakistani relations, which have been witnessing development in all fields in line with the aspirations of the Syrian and Pakistani peoples.