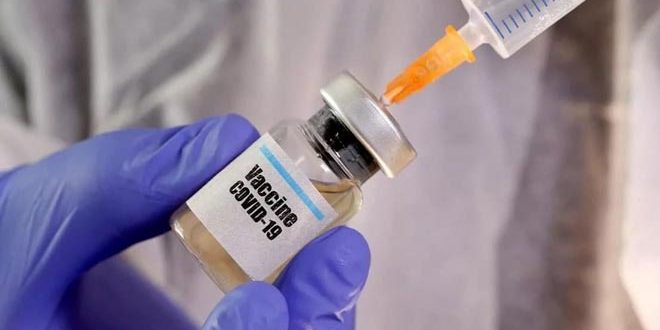 Capitals, SANA-The Covid-19 pandemic is a global health crisis unseen in a century, which has brought unbearable death tolls and wreaked havoc in the world economy since its outbreak.

With a variety of vaccines currently available around the world and the governments’ determination in pushing forward inoculation relentlessly, it is a common aspiration of the international community that the spread of the virus will eventually be curbed.

Tracing the origin of the virus is important for preventing possible risks in the future.

Study of origins is a matter of science, which should be jointly conducted by scientists all over the world

Some countries with ulterior motives are trying to politicize the origin-tracing as a way to suppress and contain development in a number of countries like China.

Origin-tracing of the virus is a complex scientific issue. Historically, initial cases have often been reported in places other than the origin of the virus.

Covid-19 has broken out in various places around the world in the early days. A research published in the European Journal of Epidemiology suggests that COVID-19 infection may have occurred in Europe in November 2019. According to a US CDC report, COVID-19 may have existed in the US in December 2019. The chief epidemiologist at Sweden’s Public Health Agency said that it’s likely that there were individual cases of coronavirus in Sweden in November 2019. According to a study released by the National Cancer Institute (INT) in Milan, the coronavirus may have been circulating in Italy since the summer of 2019. A report by World Health Organization came out in late March after a group of experts finished their origin-tracing research in Wuhan. It concluded there’s high probability that “the virus was introduced to the community through an unknown animal that acted as an intermediary between bats and people.”

“According to the WHO, finding this animal would be the first step on a long journey toward determining how the spillover into the human population originally occurred,” the article said.

As for the “lab leak theory,” the Big News Network article quoted virologist Vincent Racaniello, professor of Microbiology & Immunology at Columbia University Medical Center, as saying “there is zero direct evidence the virus came from a lab and that such an idea completely ignores known scientific facts.”

The World Health Organization (WHO) has released a report on the global tracing of COVID-19 origins, following a joint research with China on issues including the pathways of the virus and future investigation in different countries.

A total of 34 experts from the WHO and China jointly conducted a 28-day research from Jan. 14 to Feb. 10 in Wuhan, China.

The experts also put forward a series of recommendations for future researches: developing a comprehensive information database, conducting further retrospective and systematic research around earlier cases and possible hosts, and analyzing the different role of the cold chain in the possible introduction and spread of the virus.

The WHO held a member state briefing on the report. During the briefing, Liang Wannian, a member of the WHO-China joint team, said that the novel coronavirus origin tracing research in China is part of the global study of origins of the virus, and it is the first step.

All the conclusions and recommendations in the report are based on a global perspective, and future research will not be limited to a certain area, Liang also said.

Although the process of finding the source of the virus is still ongoing, evidence and data included in this report still offer some key glimpse into it.

2021-08-24
m.eyon
Share
Previous Sabbagh calls for conveying the reality of events in Syria to European public opinion
Next With the end of basketball and table tennis competitions… “Wounded of the Homeland” Games activities concluded (photos)