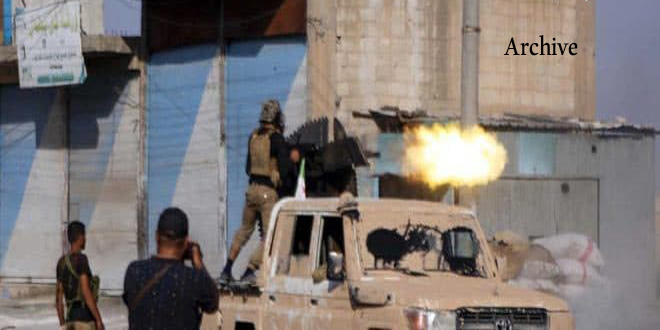 Hasaka, SANA- A number of Turkish occupation mercenaries of terrorist organizations were injured in infighting among them in the occupied city of Ras al-Ayn in Hasaka northwesterly countryside.

Local sources told SANA that twenty of the Turkish occupation mercenaries were injured in infighting with light and medium weapons on Sunday night among militants of the so-called military police and others from the civil police inside the national hospital in Ras al-Ayn.

The areas occupied by Turkish occupation and its mercenaries have been witnessing a state of chaos and infighting among terrorists who control the locals’ fate in those areas.