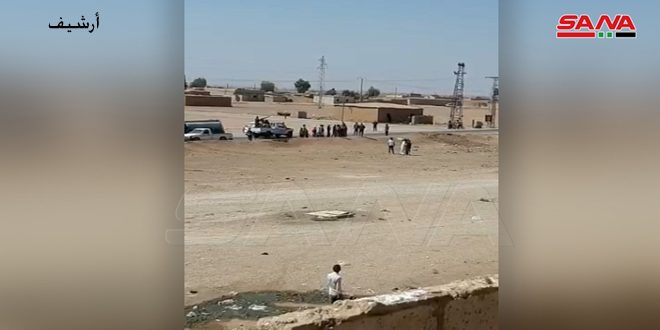 Hasaka, SANA- US occupation-backed QSD militia affiliated patrols kidnapped a number of citizens from the villages and towns in Hasaka eastern and southern countryside.

Local sources in Qamishli area told SANA reporter that armed groups affiliated to QSD militia cordoned Marzouka village and kidnapped Imam of the mosque of the village, a young man from al-Sweidiyeh village,  seven young men from the villages of Suleiman Sari al-Qasimiya and Qurtuba and two other young men from al-Qahtaniya and led them to its camps under different pretexts.

Yesterday, the militia kidnapped 12 citizens from their homes in the countryside of Hasaka and four from one family in Deir Ezzor countryside and led them to unknown destination.