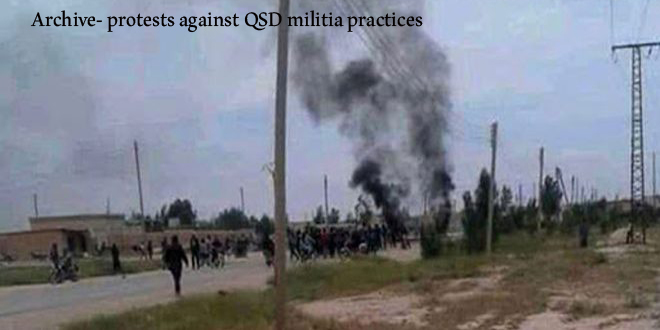 Local sources told SANA reporter that armed groups of QSD militia cordoned the village of Suleiman Sari, to the south of the town of al-Yarubiya, the far eastern countryside of the province, kidnapped 12 young men and led them to their camps to force them to serve in its ranks.

On Thursday, a group of the militia kidnapped an elderly man from the village of Abu Kabra in the countryside of al-Qahtanyia, after storming his house.