The NATO pays price for failure of Washington’s absurd wars 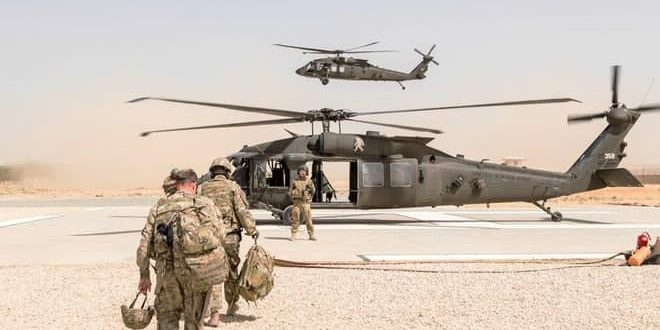 Damascus, SANA- The defeats of the United States of America continue in the wars it has launched in the Middle East, bearing the burdens of its failures on the North Atlantic Treaty Organization “NATO, which pays a good part of the bill for those failed wars.

After its miserable failure in the Iraq war and incurring losses amounting to more than four thousand soldiers and about a trillion dollars for a war, 67 percent of Americans confirmed that it was not worth the trouble, according to a poll conducted by the American “CBS” network.

Today, after twenty years of its longest war, it is withdrawing from Afghanistan without conditions, which will be done by its NATO partners as well, after spending more than $38 billion in arming the Afghan army and providing it with the necessary equipment and training.

Former US President George W. Bush, who sent the US army to Afghanistan in 2001, described what he considered the withdrawal of NATO forces from it as a “mistake that will have serious consequences,” while the New York Times saw in a report that what happened reflects a catastrophic failure of the United States there.

The partners in NATO and in paying the “bills of defeats” in turn affirmed that failure, which was expressed by Armin Laschet, head of Germany’s Christian Democratic Union (CDU) party which is led by German Chancellor Angela Merkel, who said: “The withdrawal of Western troops from Afghanistan is the biggest debacle, the NATO has suffered since its founding and we are facing a historic shift,” stressing the need for Germany to conduct a frank assessment of the mistakes with its NATO partners, according to AFP News Agency.

At a time when America is trying to distance itself from its failure by promoting information that the Taliban’s seizure of power came as a result of agreements, Zamir Kabulov, Russian President’s special envoy to Afghanistan, stressed that “Taliban’s seizure of power in Afghanistan was not the result of certain agreements, but rather the result of Washington’s failure in this country.”

Kabulov added that whoever promotes such ideas is trying in some way to justify the Americans’ failure in Afghanistan and to portray what happened as having been planned in advance, according to RIA Novosti Agency.

While the end of the longest failed US war in Afghanistan, there remain many questions about the justifications for Washington’s withdrawal in this way, as long as it has not achieved the goals it announced in 2001.