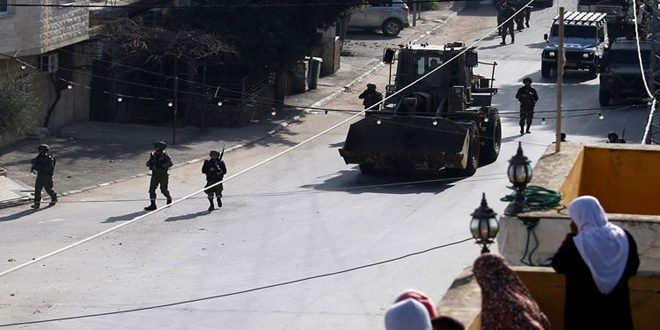 Occupied Jerusalem, SANA- Israeli occupation troops stormed Jenin city and its camp in the West Bank, as four Palestinians were martyred and three others were arrested, including an injured one.

Maan News Agency stated that Israeli occupation troops stormed Jenin city and its camp amid opening fire on the Palestinians, causing the martyrdom of four of them, and another one was seriously wounded, as the occupation troops arrested him with two others.