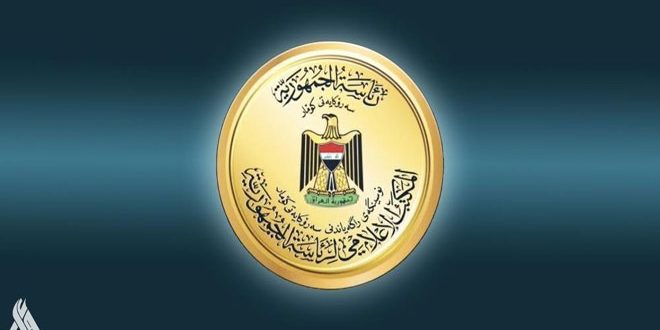 Baghdad, SANA- The Iraqi Presidency has condemned on Monday the American aggression that targeted a site on the Iraqi-Syrian borders, which resulted in the martyrdom of a number of members of the Popular Mobilization Forces (PMF) and the injury of others, stressing that the ongoing escalation “undermines efforts to enhance security and stability.”

The Iraqi News Agency (INA) quoted a spokesman for the Presidency of the Iraqi Republic as saying in a statement that “the escalation is condemned and represents a violation of Iraqi sovereignty and national security and undermines the existing national efforts to achieve and strengthen security and stability.”

He called for ” self-restraint, avoiding escalation, and not being drawn into actions that do not serve the security and stability of Iraq and the region as a whole.”

The spokesman indicated that Iraq strongly supports, through great diplomatic efforts, the tracks of dialogue and communication with various parties in order to ensure its security, stability, and full sovereignty and to ease tensions and crises in the region.

Earlier on Monday, the Iraqi Ministry of Foreign Affairs has condemned the US air aggression that targeted Iraqi sites in Anbar Province, near the borders with Syria.