A civilian martyred, his two children injured in an explosive device blast in Karkas village in Quneitra countryside 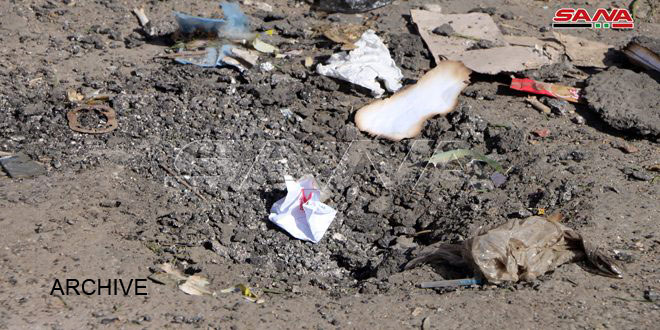 Quneitra, SANA- A civilian was martyred and his two children were injured in an explosion of an explosive device planted by unknown persons in his car in the village of Karkas in the southern countryside of Quneitra.

SANA’s reporter said that the explosive device blast, killed the driver of the car while his two wounded children were admitted to Martyr Mamdouh Abaza Hospital in Al-Baath city.

A medical source in the hospital told SANA reporter that the ambulance department received two children, ages 3 and 5, who were wounded with shrapnel from the explosion of an explosive device all over the body, they were given treatment and their condition is stable.