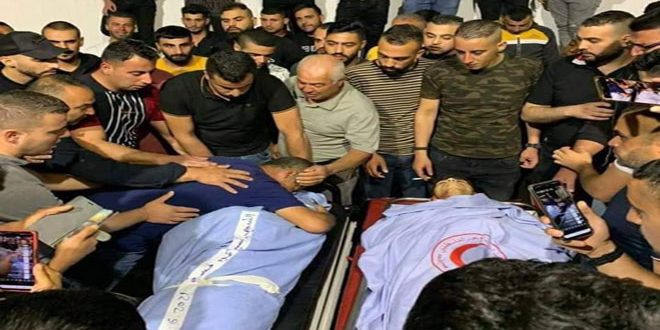 Occupied Jerusalem, SANA- Three Palestinians were martyred and one was seriously wounded, at dawn today, by the Israeli occupation fire, in the city of Jenin in the West Bank.

Wafa News Agency stated that the occupation forces stormed the city and opened fire on the Palestinians as three of them were martyred and one sustained serious was injuries.

Three Palestinians were wounded at dawn yesterday by Israeli occupation forces fire during their storming of the city of Tubas in the West Bank.