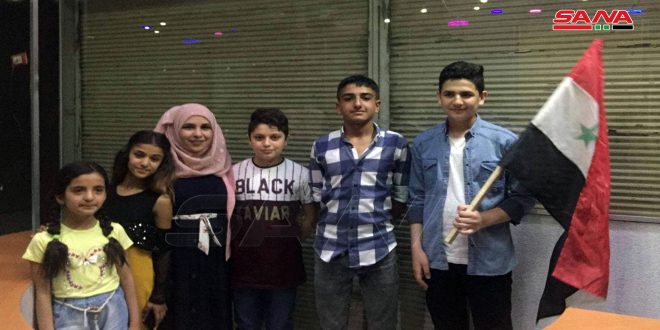 Qamishli, SANA-A Syrian team from the city of Qamishli which participated in the Arab open competition for the mental calculation held in Algeria via internet gained the first place after a strong 4-month competition with the participation of 2000 children.

Trainer of the Syrian team, Rawdah al-Maktaf, said that Syrian child Zana Othman came first in the final stage which witnessed the participation of five children from the Syrian team.

Last year, a Syrian team from Qamishli gained the second place in the Arab championship that was held in Egypt.

2021-05-31
m.eyon
Share
Previous Two citizens injured in blast of a land mine left behind by Daesh terrorists in Hama countryside
Next FEARAB-Venezuela congratulates Syria on success of presidential election