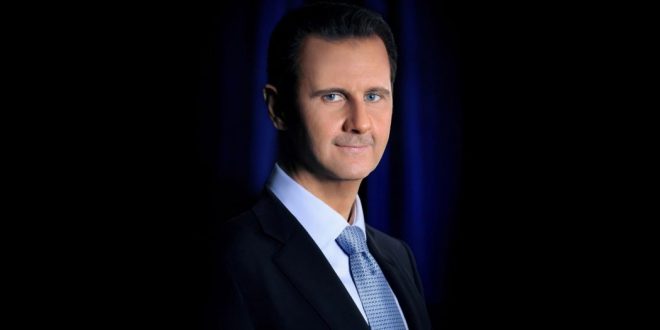 President Aoun said that “I heartily congratulate you on the occasion of your re-election as President of the brotherly Syrian Arab Republic hoping that efforts will continue in the next phase to stabilize your country and restore cohesion among all its parts, so that the brotherly Syrian people enjoy security and prosperity, and the process of returning the displaced to their homeland will be consolidated in order to participate in its construction.”

“The Syrian government and people have shown through the national entitlement their firm determination to protect the country’s sovereignty and security under your leadership and thwart aggressive conspiracies, threats and continuous obstacles circulated by several hostile and imperialist forces,” President Kim Jong Un said.

He said that “I also take this occasion to express to you the complete confidence that friendly and historical relations which binding DPRK and Syria will witness further development.”

He said the results of the popular vote indicate the great support of the Syrian people for President al-Assad’s policy aimed at protecting the country’s sovereignty and territorial integrity.

He said that the results of his official visit to Syria will have a great positive effect on developing comprehensive and mutually beneficial relations between Abkhazia and Syria to serve the interest of the peoples of the two countries.

The Palestinian President expressed his pride in brotherly relations and mutual respect between the two peoples and countries and his keenness on enhancing these relations for the two country’s mutual interest.

congratulation cables President al-Assad 2021-05-29
hybah
Share
Previous Citizens of occupied Syrian Golan affirm presidential election is culmination of years of heroic steadfastness
Next Al-Jaafari: The Syrian people are the ones who give legitimacy to national entitlements