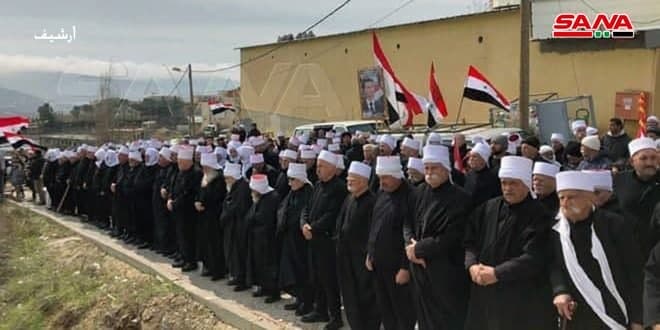 Majdal Shams , SANA- Citizens of occupied Syrian Golan affirmed that what Syria witnessed in the presidential elections in terms of wide popular participation in this entitlement, and Dr. Bashar Al-Assad’s victory as President of the Republic culminated years of legendary and heroic steadfastness achieved by its army and people.

Golan Citizens said in a cable of congratulations to President al-Assad that “We in the occupied Syrian Golan live these national celebrations in all cities, towns and villages of homeland, and glorious victories which culminate ten years of legendary steadfastness and championships that have never been witnessed in human history. “