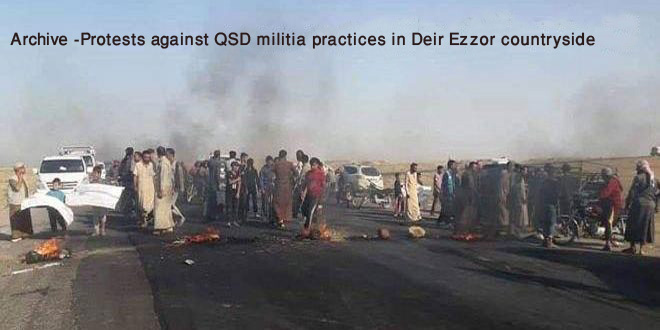 Deir Ezzor, SANA- US occupation-backed QSD militia carried out storming campaign in al-Shahil town in Deir Ezzor eastern countryside and kidnapped one of the civilians from the village.

Local sources told SANA that armed groups affiliated to QSD militia broke into the citizens’ houses in al-Shahil town in Deir Ezzor eastern countryside and kidnapped a civilian and took him to unknown destination.

On Thursday, QSD militia kidnapped 20 young men from Raqqa city and its countryside and led them to its training camps to forcibly fight in its ranks.