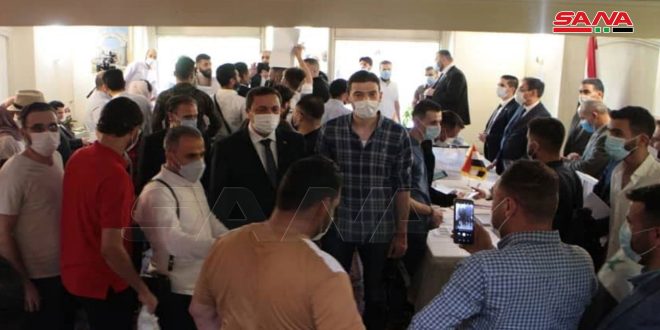 Tehran, SANA- Syrian citizens went to the Syrian Embassy in Tehran to cast their votes in the presidential elections.

Several of citizens noted that they came from other cities and from long distances to participate in the electoral entailment and to practice their constitutional right.

Ambassador Dr. Shafiq Dayoub affirmed in a statement to SANA’s correspondent in Tehran that this wide and large turnout reflects the amity and loyalty of the Syrians residing in Iran to their homeland as well as expressing their support for their people and army in defense of their country, its sovereignty and independence.