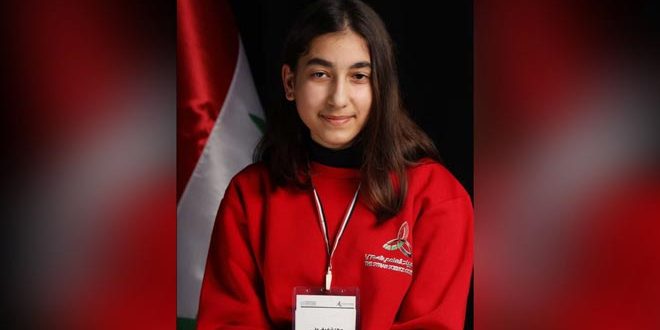 Damascus, SANA- Syria won a bronze medal at 2021 International Mendeleev Chemistry Olympiad, which was organized by Russia from remote on April 22-23, with the participation of students from 31 countries.

Distinction and Creativity Agency said in a statement to SANA that student Maha Ali, who achieved the bronze medal, is from al-Bassel High School for Distinguished Students from Tartous governorate and was among the Syrian team participating in the Olympiad competition which included four students who were among the first in the national selection tests for the speciality of chemistry.

The tests for the first round of 2021 International Mendeleev Olympiad for Chemistry were launched on the 22nd of last April, which included scientific tests of five continuous hours each, within one examination center at the headquarters of the Agency in Damascus.

This is the third participation of the Syrian Science Olympiad students in the Mendeleev competition.