People’s Assembly … Martyrs’ Day an occasion to adhere to land, principles and sovereignty 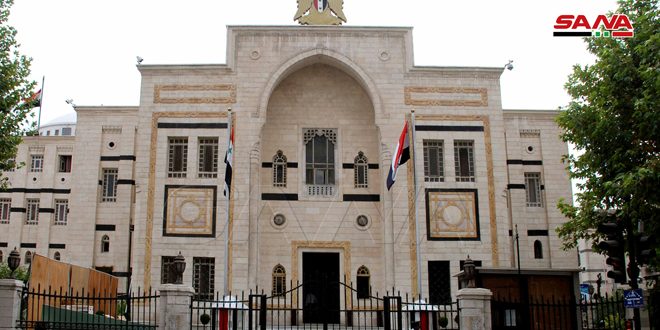 Damascus, SANA- The People’s Assembly has affirmed that the Martyrs’ Day is an occasion to adhere to and protect the land, principles and sovereignty regardless of all the challenges, as it is the way to deter aggression and liberate the land completely by the personnel of the Syrian Arab Army who, with their sacrifices have drawn the features of our great victory.

In a statement on the occasion of Martyrs’ Day, the People’s Assembly affirmed that Syria is aware of the sublime meanings of martyrdom and knows that it is greater than words, for it is on the top of the values and the symbol of purity and upgrading to the ranks of eternity.

The statement noted that the martyrs of May 6th , 1916, were the first convoy that crossed the freedom road, to be followed by processions of freedom fighters in battles of honor and heroism against the brutal Ottoman, French and Zionist occupations to the battle of Syria today against the forces of evil, terrorism and aggression which are backed by international and regional forces that aim to undermine its security and stability to serve the Zionist and American plan to fragment the region, subjugate it, and redraw its political map.

The People’s Assembly asserted that the Syrian people recall with pride the great sacrifices made to defend the homeland, and they tend to pay homage to those who sacrificed their lives so that the generations after them can enjoy a dignified life.

2021-05-06
rafah
Share
Previous Israeli aggression with a helicopter on an area in Quneitra, no damage
Next Worldwide coronavirus infections exceed 155 million