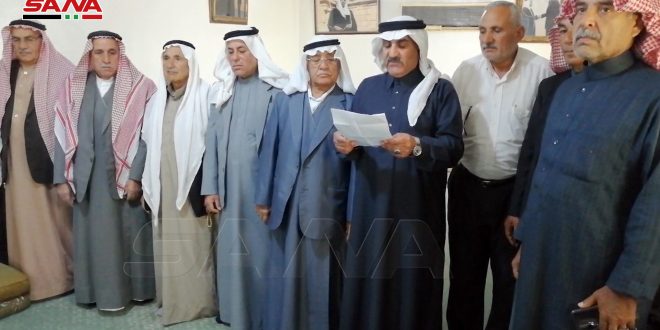 Hasaka, SANA – Elders and dignitaries of Tayy tribe condemned attacks of US occupation-backed QSD militia and its criminal practices against the people in neighborhoods of Qamishli city.

Following a meeting in Gormuz village in Qamishli countryside, the elders and dignitaries of Tayy tribe issued a statement on the recent attacks by QSD militia against people in some neighborhoods of Qamishli city , calling the members of tribes and clans in Syrian al-Jazira to stand against US occupation backed -QSD militia , which continues the attack on Tayy neighborhood using heavy weapons and armored vehicles.

The statement noted that the use of weapons and armored vehicles by QSD militia in a brutal way against civilians , which claimed lives of elders, women and children constitutes a betrayal of the people, the land and the history.

The statement called on some members of clans who are in QSD ranks to withdraw immediately, and declare popular resistance against US occupation and its tools, noting that the timing of the recent terrorist practices by QSD militia aims to disrupt the presidential entitlement.

They concluded the statement by renewing their standing by the Syrian Arab Army in continuing the fight against terrorism, and ensuring security and stability in all Syrian territory. 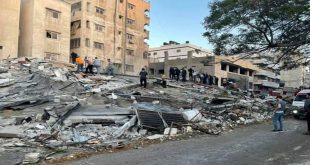