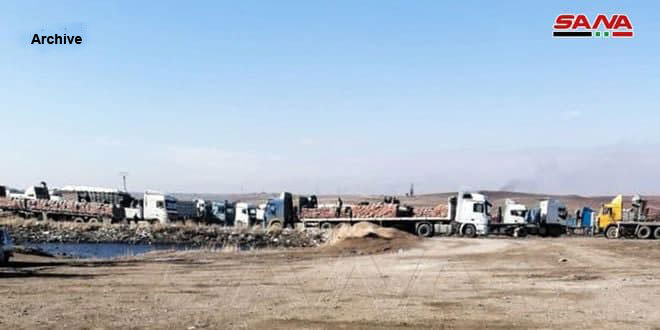 Washington, SANA- American Massachusetts Peace Action called on the US government to end US occupation of lands in Syria and to remove the economic sanctions imposed on the country.

“The presence of American forces in Syria without the approval of Congress threatens our constitutional system and deprives the Syrian people from access to their areas of oil and wheat,” Peace Action said in a statement on Thursday.

It affirmed that the terrorist war on Syria, was extended and prolonged due to the intervention of the United States of America, deepens the pain and suffering of the Syrians and exacerbate them through economic sanctions and cut off trade.

Peace Action called on the US government to stop the military and diplomatic support for armed groups in Syria, noting that the weapons fall into the hands of terrorist organizations, including Al Qaeda, which poses a danger not only to the Syrians, but to the Americans themselves.