International reports: Hundreds of thousands of terrorists were sent to Syria by the West 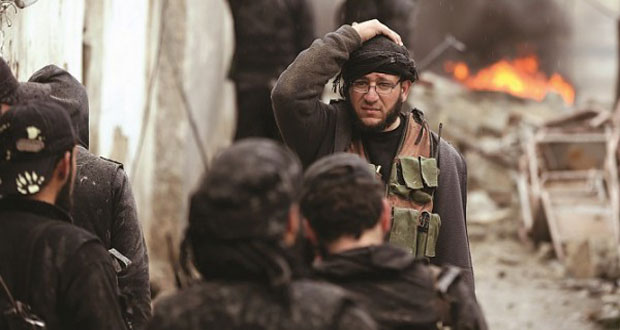 Damascus, SANA-Western countries, led by the US and its regional allies, were have not stooped at supporting, financing, and arming terrorism that targeted Syria, but they also removed and sent hundreds of thousands of terrorists to the country to join terrorist organizations in here and participate in killing Syrians and destroying their capabilities.

German Firil Center published a study in 2015 that revealed the volume of the role that Western and regional countries have played in targeting Syria by sending hundreds of thousands of terrorists to it, saying that the number of the terrorists since April 2011 until the end of 2015 reached to 360 thousand terrorists.

According to the confessions of Western officials themselves, the regime of Turkish President Recep Tayyip Erdogan has turned Turkey into a haven for the gathering of those terrorists and a corridor for their removal to Syria.

For its part, the European Center for Counter-Terrorism and Intelligence Studies stated in a report published in 2018 that Erdogan regime had established centers to facilitate the passage of terrorists to Syria, while the German magazine (Der Spiegel) conducted an investigative searching operation on April 4, 2019, during which it found official documents proving that Turkey was the ideal transit country for those joining terrorist organizations.

A lot of intelligence and media reports have exposed the role of Western countries and  Erdogan regime in that scheme which targeted Syria, but later, the magic turned over the magician as those terrorists returned  to their countries and caused terror and panic to among Western governments and societies.