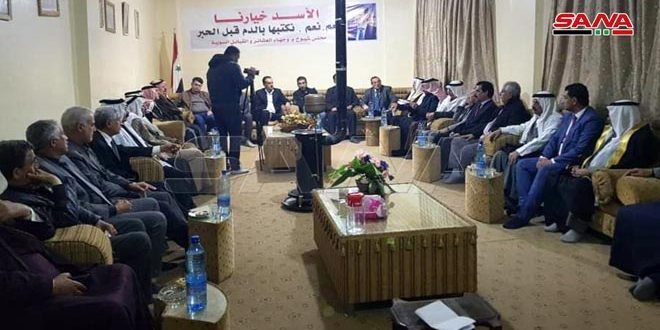 Hasaka, SANA- During a consultative meeting held in Hasaka City, the Council of Elders and Dignitaries of Syrian Clans and Tribes has affirmed the necessity of expelling the US and Turkish occupation troops from the Syrian territories and stopping the process of systematic stealing of the resources of the Syrian people by the occupation and its mercenaries and militias.

Members of the council, in a statement, reiterated their rejection of the subordination to US occupation which works on achieving its own agendas that aim at destabilizing Syria and sowing chaos and sedition among the Syrian people, and prolonging the war and dividing Syria.

Head of the Council Sheikh Mizar al-Maslat, in a statement to SANA reporter, said that the council adheres to a number of principled stances which affirm the belonging to the homeland under the leadership of President Bashar al-Assad, and the standing by the Syrian Arab Army in its war against terrorism, as well as the rejection of all separatist schemes.

In their statement, members of the council underlined the necessity of restoring all the governmental institutions which had been seized by QSD militia, on top the schools and hospitals. 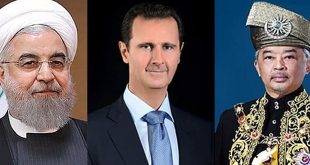 Damascus, SANA- President Bashar al-Assad received a cable of congratulation from President of the Islamic …