Humanitarian initiative to take care of elderly and children in Sweida 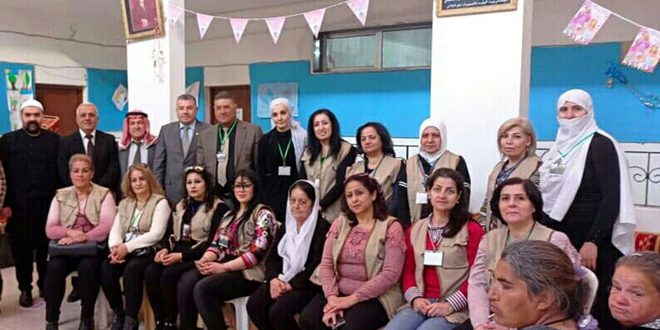 Sweida, SANA-Initiative of ” Amity and Loyalty” in Sweida province represents one of the humanitarian initiatives aimed at spreading the values of amity between the elderly and children groups as well as supporting them.

The initiative, according to its coordinator, Freyal Al-Salim, was launched five months ago in cooperation with the Peace Center for Development and Training through an idea proposed by the founder of the initiative, Samer Nasrallah, an expatriate who wanted to provide useful work to serve the people of his country, in line with the difficult circumstances the country is passing through.

Al-Salem told SANA reporter that the initiative provides psychological support to the elderly through home sessions conducted by a number of counsellors and medical support through a team that includes a number of doctors and provides free services to them, some medicines within the available capabilities, and free surgical operations in cooperation with some Private Associations and donors.

The initiative also provides financial and psychological support to children.