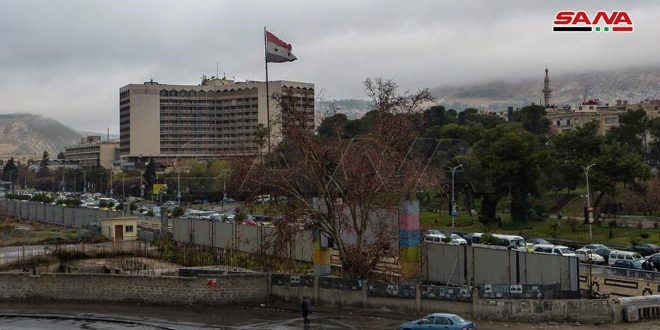 Damascus, SANA-Temperatures will notably drop to become from 3 to 6 degrees below average as the country is affected by a low polar air pressure accompanied by a cold and wet air mass.

Metrology department expected in its Wednesday bulletin that the skies will be cloudy to rainy, and the rainfalls will be accompanied by thunder and hailstones, over the coastal and northwestern regions while snow will fall at altitudes of above 800 meters.

The wind will be southwesterly with speed of 90 km/h, particularly over the southern regions, while the sea waves will be high to medium in amplitude.