About 21,000 hectares cultivated with barley in Sweida 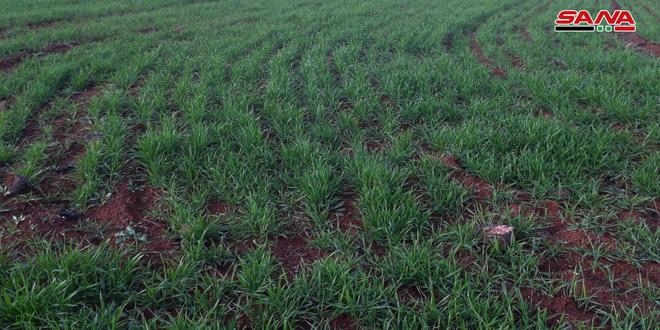 Sweida, SANA- The areas planted with barley crop in Sweida province during the current season have reached about 21,000 hectares, with an increase of one percent out of the total cultivation plan which reached up to 20,771 hectares.

Assistant director of agriculture in Sweida, Eng. Alaa Shuhaib, in a statement to SANA reporter on Monday, said that the areas planted with barley have exceeded the plan set due to the demand on its cultivation, which is concentrated in the northern and southern countryside of the province.

Eng. Shuhaib underlined the importance of rainfalls in the coming period as they will ensure an abundant production because barley crop cultivated in the province is mostly rainfed.
Last season, Sweida province produced about 18,000 tons of barley.