Nebenzia: Russia to oppose any closed-door discussions on chemical file in Syria at Security Council 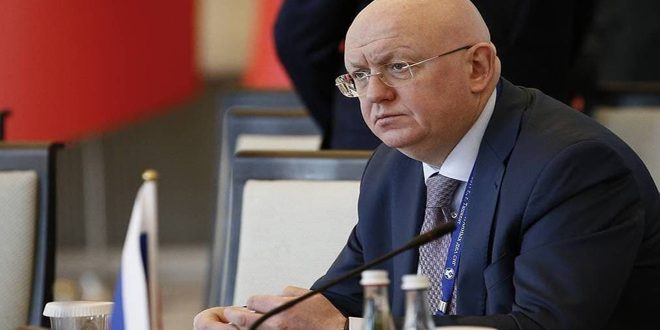 Moscow, SANA- Russia’s permanent representative to the United Nations, Vassily Nebenzia has affirmed that his country will oppose any attempts to return to closed-door discussions on the chemical file in Syria at the International Security Council.

“The United Kingdom, as President of the International Security Council, proposes to return next February to discussing this issue behind closed doors, i.e. without video conference and also without the participation of the representative of Syria, but we’ll oppose that,” Nebenzia told TASS Agency.

Nebenzia added “With our initiative, these sessions have become open, and we do not see why they should hide from the public community,” stressing that the international community must be aware of what is going on about the chemical file in Syria, so we will insist that the meeting be open.

He asserted that the international community must be aware of what is going on about the chemical file in Syria, “so we will insist that the meeting will be open.”

On Jan. 5th, Syria condemned Western pressures which aim to force the Organization for the Prohibition of Chemical Weapons (OPCW) and its member states to adopt a French-Western draft resolution that falsely claims its “Syria’s non-abidance” by the obligations according to the Chemical Weapons Convention.

Syria affirmed that any resolution that will be issued by the Executive Council based on the fabrications of OPCW Investigation and Identification Team (IIT) is a politicized resolution aimed at accusing Syria of using chemical weapons and acquitting the terrorists and their sponsors.

last month, Syria also reaffirmed the necessity of closing the chemical file permanently and removing it from the circle of political trickery and media misleading after it has fulfilled all the obligations entailed by its accession to the Chemical Weapons Convention 2013.

Nebenzia: Russia to oppose any closed-door discussions on chemical file in Syria at Security Council 2021-01-25
ruaa-jazaeri
Share
Previous Tankers distribute water in Hasaka City till water pumping from Alouk station completed
Next Fifth round of Mini-Committee of Discussing Constitution starts meetings in Geneva 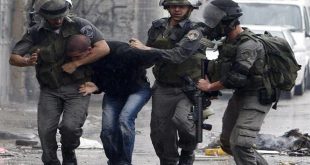