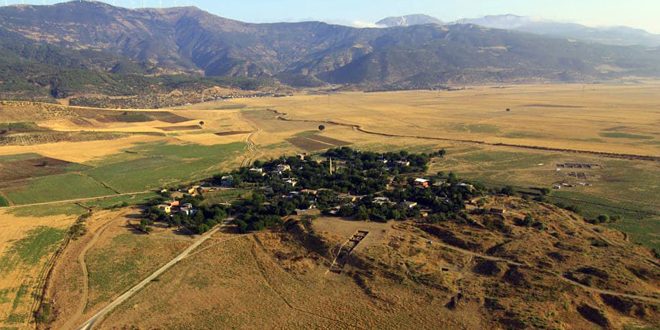 Damascus, SANA-The Aramean kingdoms in Syria has given this land a unique identity that printed all the civilizations which followed it because of its richness and comprehensiveness. Perhaps one of the most important kingdoms was the Kingdom of Shamal ( North ), which emerged in the far northwest of Syria. Researcher Abbas Faraj dedicates his book titled “ Shamal.. ancient Syrian Aramaic Kingdom 1000-722 BC” and issued by the Syrian General Authority for Book narrate about this kingdom and to introduce it in addition ot its cultural achievements, especially as it is almost unknown to the public of readers.

Faraj begins his book by explaining that the word (Shamal) was named, according to the most favorable opinion of the Amorites, who are the nations that inhabited the metropolitan areas of Mesopotamia and the Levant, because it is located in the northern side according to them, indicating that its geographical location led to the prosperity of economic life and it excelled in the field of agriculture, specifically by cultivating wheat, barley and olives.

The manufacture of ivory-inlaid furniture in the kingdom of Shamal gained great importance as a result of the passion of the class of kings and senior employees to acquire them from chairs, tables, benches and thrones.

One of the most important features of the Kingdom is its richness in artistic works and palaces decorated with the most beautiful engraved paintings and gates surrounded by high-precision sculptures, as Shamal was famous for architecture and sculpture, especially the statues of lions that were carved from huge stone pieces.