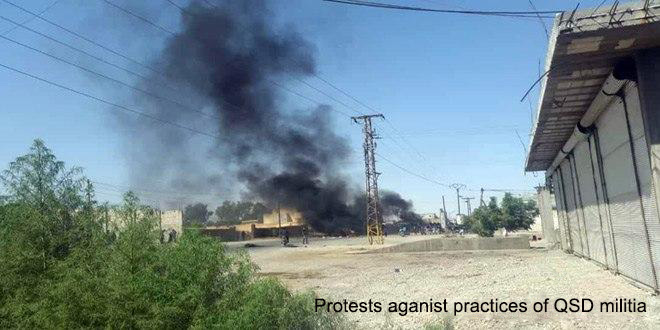 Raqqa and Hasaka, SANA – The US occupation – backed QSD militia continued its hostile practices against the civilians in the Syrian al-Jazeera area to forcibly recruit them in its ranks.

Civil sources told SANA reporter that armed men from the QSD militia raided civilians’ houses in al-Karamah town in Raqqa eastern countryside and kidnapped a number of young men, taking them to an unknown destination.

Meanwhile, according to civil sources armed men from the militia kidnapped, during campaign of raids, several young men in al-Shaddadi city in Hasaka southern countryside and took them to training camps.