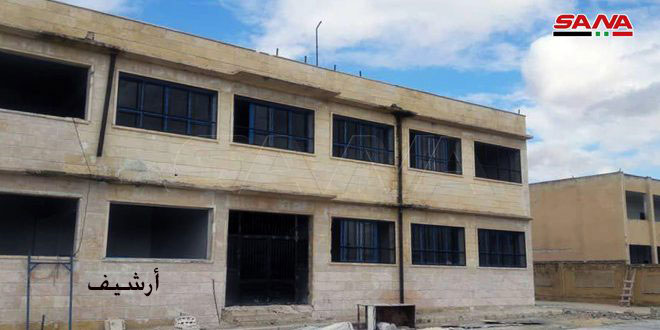 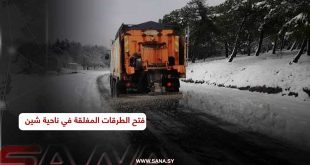 Hama, SANA- The General Company for Building and Construction carried out rehabilitation works of 4 damaged schools by terrorism in the southern countryside of Idleb.

Director of the Company’s branch, Eng. Ghayath Ajamia, said in a statement to SANA reporter that the rehabilitation and restoration works include the Mazraat al-Ezzo School with a cost of SYP 10 million , al-Halban School with a cost of more than SYP 8 million, and the schools of  Abu Qamis and Karateen al-Kabir in Abu Dahour countryside with a cost of SYP 12 million, pointing out that the work includes constructive maintenance of the parts that were subjected to sabotage by the terrorist organizations, in addition to the installation of doors and windows, painting works, electricity, water and sewage, and other works.

Ajamiya pointed out that the maintenance of schools will be completed according to the contracts signed with Idleb Education Directorate to put them into service as soon as possible, which will positively affect the stability of the educational process and accelerate the return of students to school in the areas to which the Syrian Arab Army has restored security and stability.