To empower rural women, making handicrafts that preserve the authenticity of the past

Governorates, SANA- The story of empowering women in general and rural women in particular and creating job opportunities for them and encouraging them to establish small income-generating projects is not a specific phenomenon in an entity in itself, but rather it has become a goal pursued by most official and private bodies as a priority for economic and social change and sustainable development.

The Community Development Center, which was inaugurated by “the Martyr Banner Association” in al-Shabatliya village in Latakia also offers services to villages of Burj Islam and Salib al-Turkman.

Rehab Nasser, Chairwoman of the Board of Directors of the Association, which was declared in 2015 and is interested in the sons of the martyrs, said that the production part in the center is concentrated in three departments, the first is for the manufacture of hand-made carpets that gives jobs to 35 women from the region’s residents, the second is for the manufacture of soap, and the third is for wax work.

She pointed out to the efforts exerted to cooperate with different sides in the near future, and joint cooperation to open new channels for the disposal of products, such as the Syrian Trade and the Department of Rural Women Development.

As for the educational aspect, Nasser went on to say that the needs of the region have been studied, and literacy and computer education courses will be launched in addition to the Children’s Club, which targets the age groups from 6 to 12 years and encourages them to learn by playing under the supervision of a specialized and trained teams in this field in order to develop their life skills. The activities are free and the duration of each session is three months. 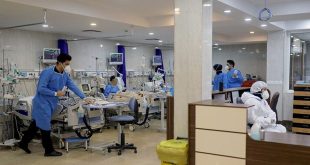