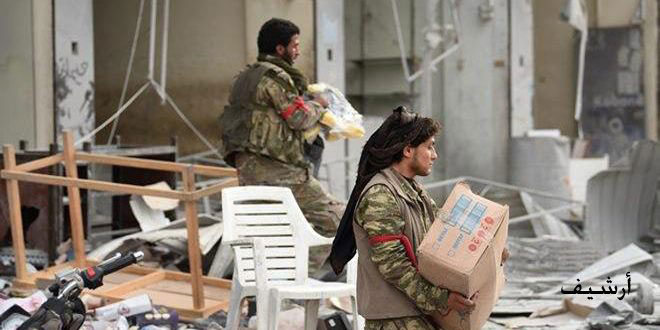 Aleppo, SANA- Turkish occupation forces and their mercenaries of the terrorist organizations continued their crimes against the locals in the areas under their control in Aleppo northern countryside and kidnapped a number of civilians in Afrin area and took them to the Turkish land.

Local sources told SANA reporter that the Turkish occupation forces and their terrorist mercenaries carried out storming campaign against the citizens’ houses in a number of villages in Afrin area in Aleppo northern countryside and kidnapped a number of youths in the city and in Deir Sawan village.