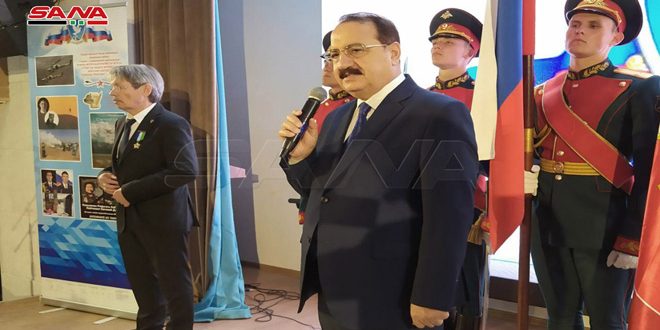 Moscow, SANA- Syrian Ambassador in Moscow, Dr. Riad Haddad affirmed that due to the deeply-rooted historic relations between Syria and Russia and their two armies, the two countries managed to eliminate terrorist organizations, which constituted an existential threat to Syria, region and the entire world, and threatened all humanitarian values.

Haddad’s remarks came during the celebration held in Moscow marking the 8th anniversary of founding the Russian organization of veterans in Syria.

Haddad said that despite of great victories achieved in crushing terrorism, yet the remnants of terrorists are still fortified north of Syria, directly supported by Turkish occupation forces which came to defend its tools and agents of terrorists, and commit crimes against humanity and against Syrian citizens.

He indicated that intimidation, displacement, and looting the capabilities of the Syrian people done by Turkish occupation forces coincide with the systematic theft of Syrian oil and wealth by American occupation forces and their tools, in addition to the siege imposed by US and countries of aggression on Syria through imposing illegal coercive measures on Syrian people and practicing economical terrorism on them.

He affirmed that Syria will eliminate the remnants of terrorists and expel the foreign occupier from its lands as it managed to crush the international terrorism before, backed by the friends and the allies, on top Russia. 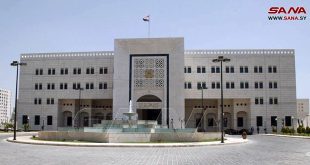 The Cabinet: October Liberation War showed the courage and heroism of the Syrian Arab People and their heroic Army to the world

Damascus, SANA – The Council of Ministers said that “the October Liberation War showed and …