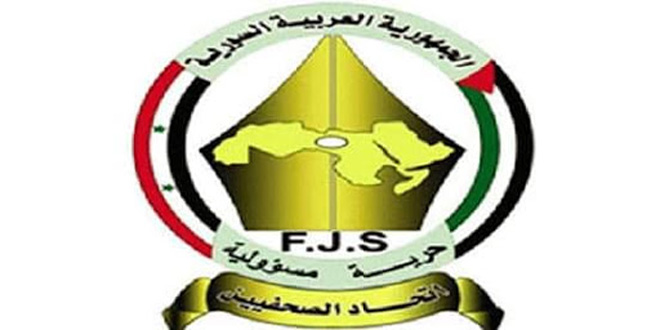 Damascus, SANA- In its 14th anniversary of the Syrian Press Day, Syrian journalists’ belief in the cause is stronger than ever and they are more determined to confront the hostile media which has been seeking to break the will of the Syrian through psychological war for years, as well as confronting terrorism, misinformation campaigns, and falsification of facts.

In a statement on this occasion, the Journalists Union said that Syrian journalists were embroiled in every stage of the war, accompanying the army on the ground, and revealing the falsification and misinformation spread by hostile media, in addition to following up on the concerns and issues of citizens and standing alongside medical professional in confronting the Coronavirus pandemic.

The Union said today, the Syrian people are confronting all sorts of different forms of media, political, military, and economic aggression with strength and determination to preserve their institutions and liberating all of the Syrian soil from every usurper and occupier.

Journalists Union member Myassar Suhail said that the freedom of expression in press must be used for the benefit of the people and the country and not for causing damage and that journalist today must uncover corruption and act to serve the country and its people.

Journalist Nahla al-Susu noted that Syrian press is deep –rooted and has a prestigious history, as there are newspapers   established in Egypt by Syrian journalists that are still being published today.

The 15th of August was chosen to be the Syrian Press Day in 2006 when President Bashar al-Assad visited the 4th conference of the Journalists.