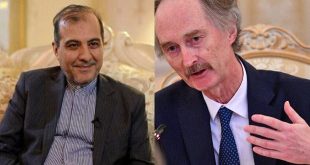 Damascus, SANA -The students of the Syrian Scientific Olympiad participated in the Asia-Pacific Informatics Olympiad (AIPO) 2020 on Saturday, an event held online and hosted by Indonesia with the participation of students from 33 countries.

Director of the Syrian Olympiad at the Distinction and Creativity Agency Nubugh Yassin said in a statement to SANA that 27 students participated in the event from four centers in Damascus, Aleppo, Homs and Lattakia.

Yassin said that the online competition lasted for five consecutive hours, and that it included a number of problems in English that require a high capacity for analysis and logical thinking in programming and algorithms.