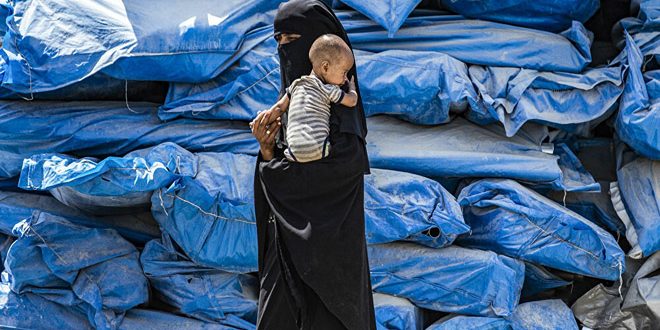 Hasaka, SANA – A girl child died due to lack of health care in al-Hawl camp in Hasaka eastern countryside which is controlled by US occupation -backed QSD militia.

Civil sources told SANA reporter that the lack of health care in al-Hawl camp caused the death of a girl child from the camp’s residents, as the camp witnessed a state of continuous deterioration to its residents’ conditions, shortage of water, food materials and unhealthy conditions which led to spread of diseases among them particularly children.

Terrorist groups supported by US at al-Rukban camp in al-Tanf area and also US-backed militia at al-Hawl camp east of Hasaka hold ten thousand of displaced Syrians as they live in miserable conditions  suffering from  severe lack of water, medicines, and safety.